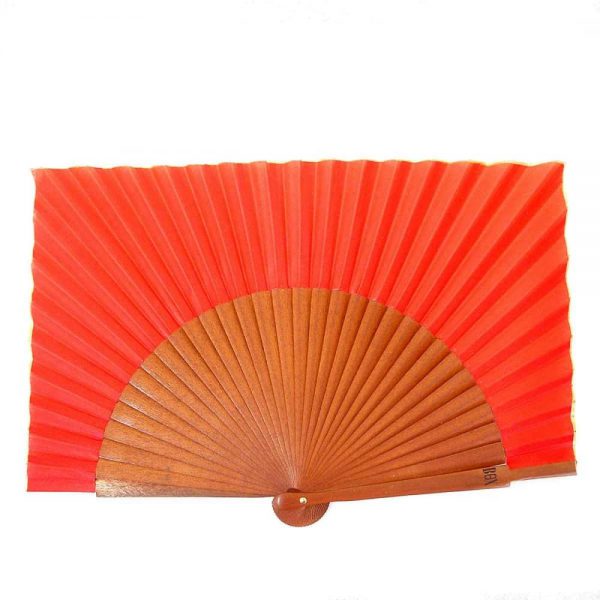 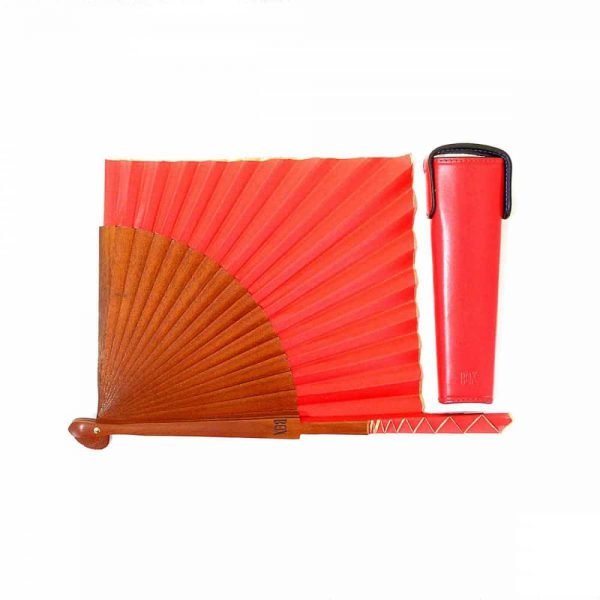 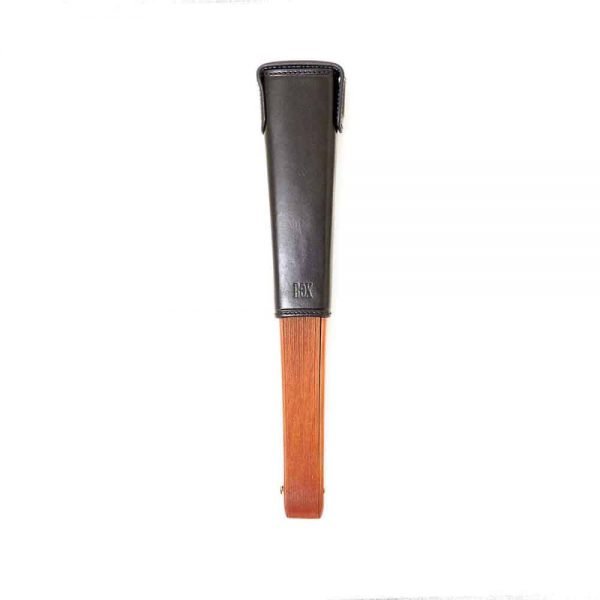 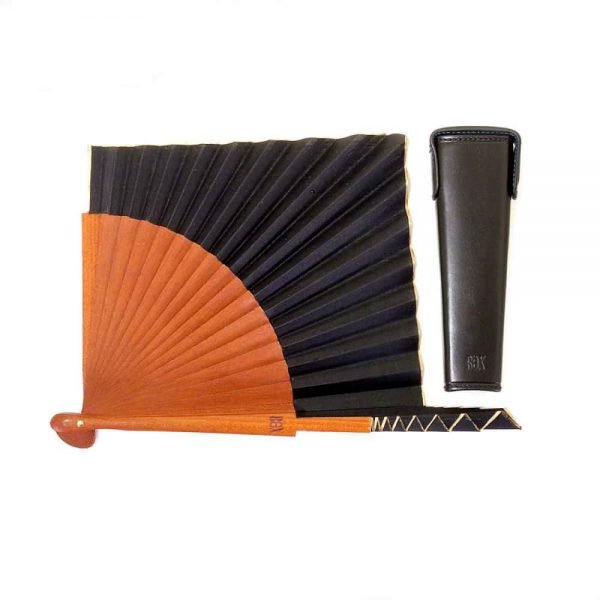 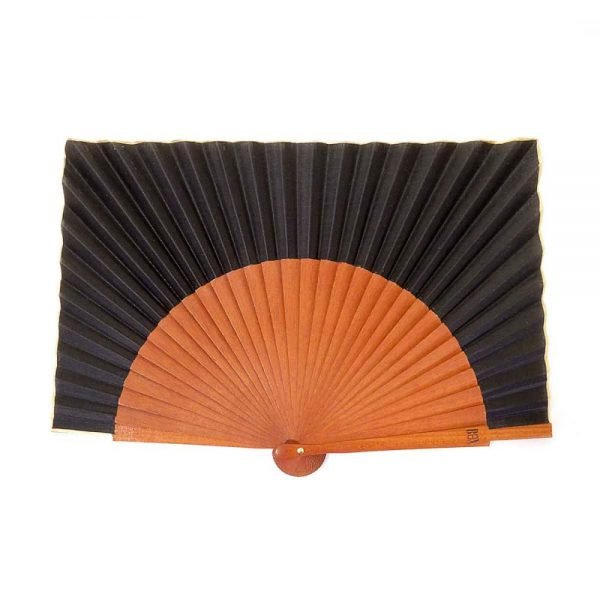 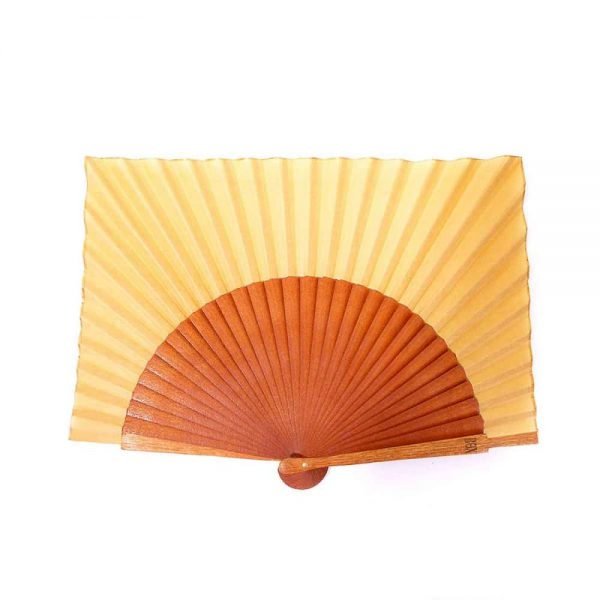 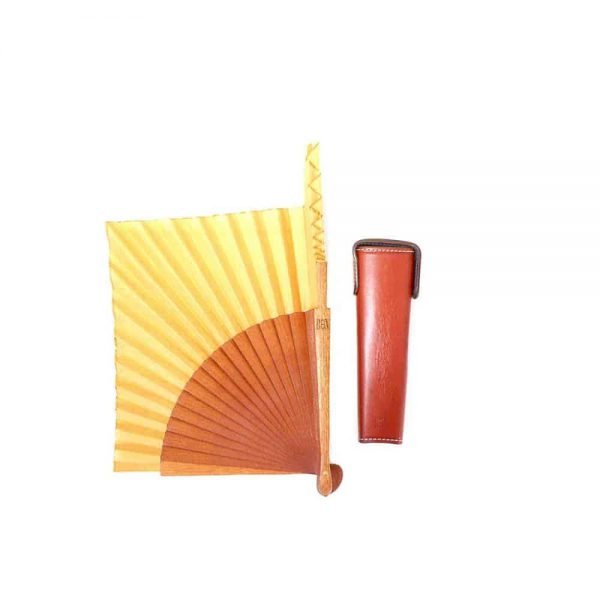 This is our second fan-case. It was created twenty years later than the first one.

The idea was born in 2011, when our city was competing for European Capital of Culture 2016 nomination. This motivated us to create a special item for this event and, from the beginning, we thought of a special fan. The idea was to recreate the rectangular silhouette of the candidacy logo in this fan.

It was a very laborious manual process to make a rectangular shape when for centuries it was built just rounded.

The design of this unprecedented case for fan is absolutely exquisite, and follows the same pattern as its predecessor to be built with the ancestral technical of lasting the leather, being intended to protect the weakest part of the fans.

You can introduce and remove the fan through the top of the trapezoid-shaped cover with a magnetic closing flap.

The fan we developed for this case is made with Bokapi wood, waxed on both sides and it has 27 cm. length. 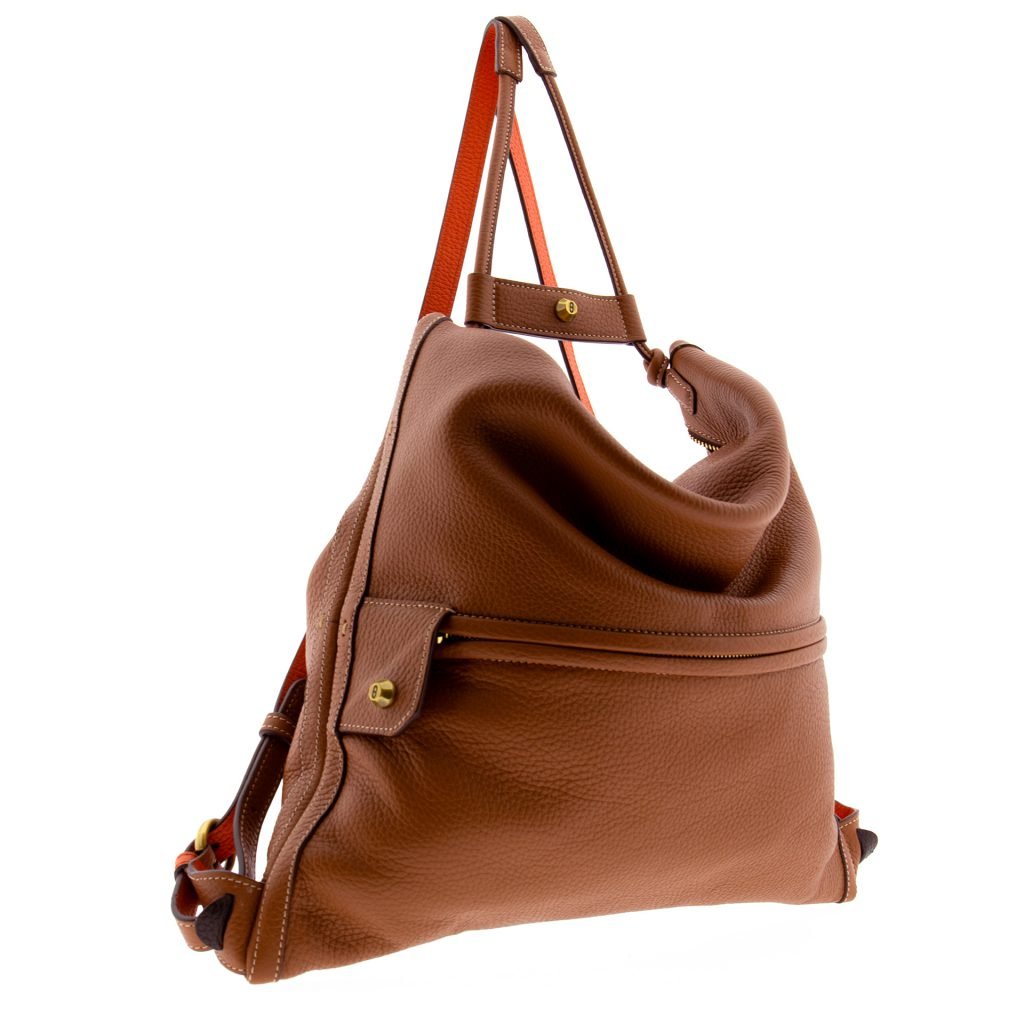 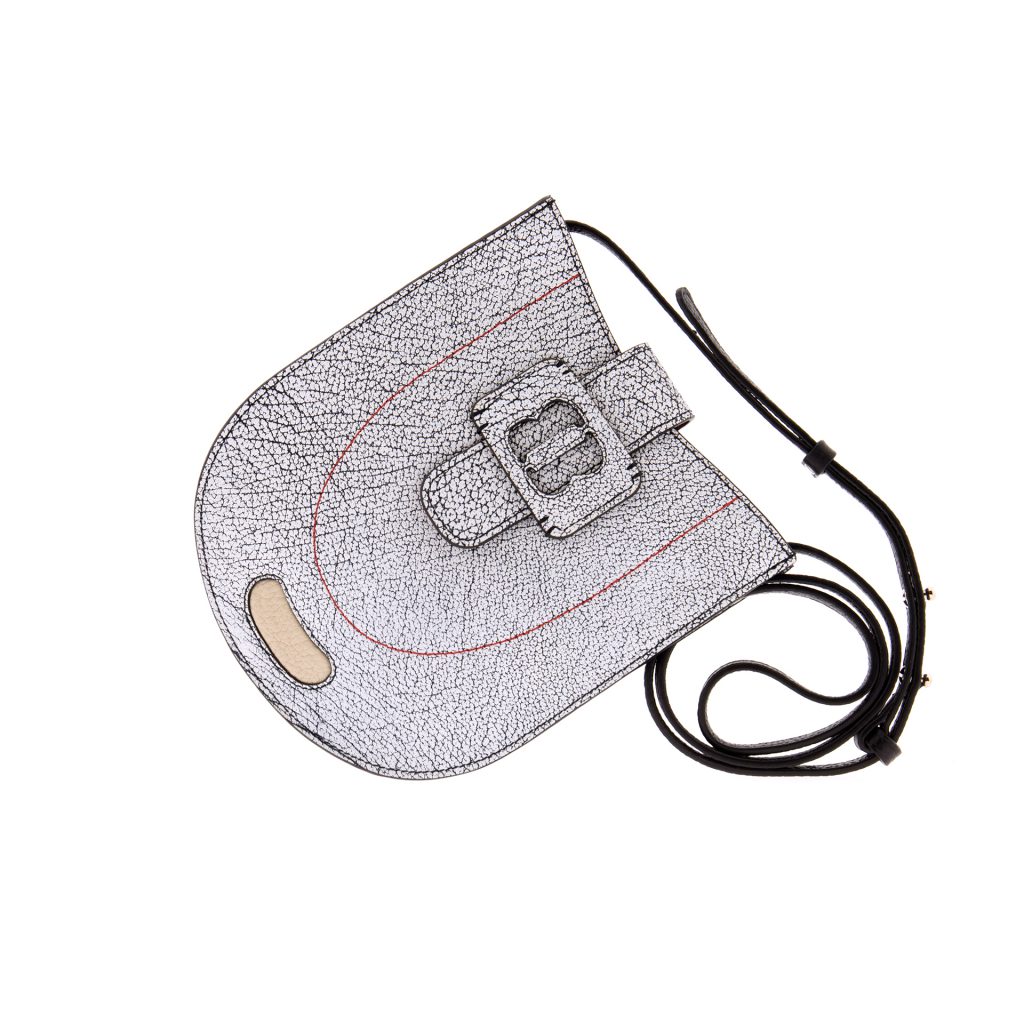 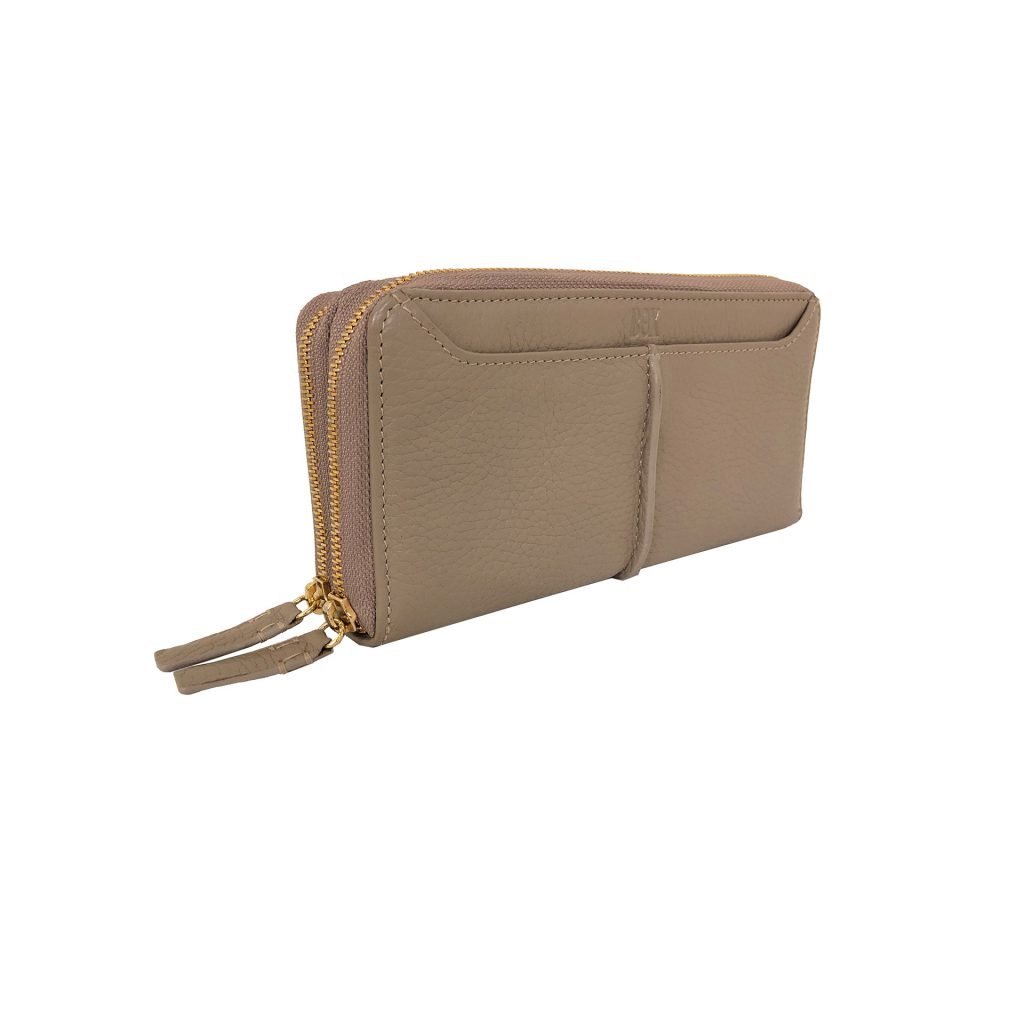 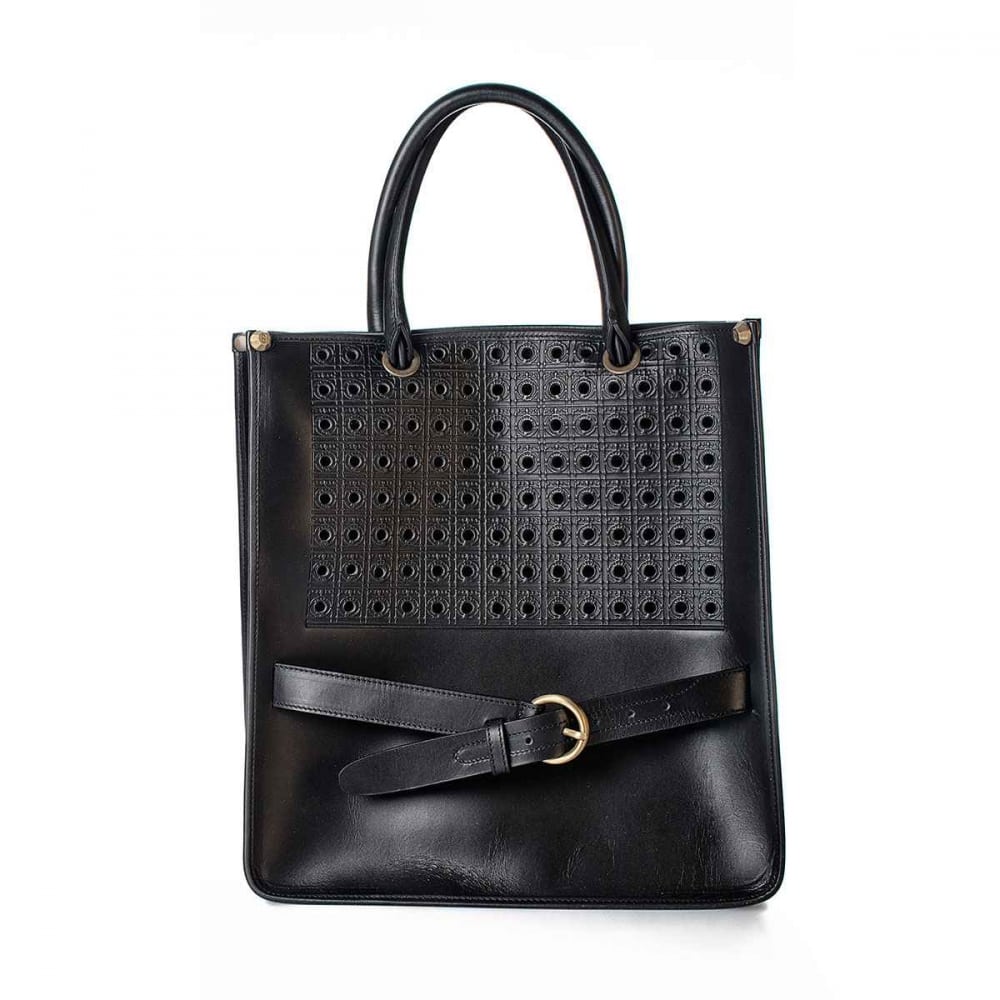 335,00 € VAT incl.
Select options
✋
Have a question? We are here to help. Escríbenos Agenda una videollamada
Write us on WhatsApp!
Hello!
Available from Monday to Saturday from 10 - 1pm and 4 - 7.30 pm.
We will often answer you in a few minutes.
Sara
Happy to advise you and solve your doubts.
Virtual Display
Call us on Whatsapp and discover it.
BOX San Sebastián processes your data to answer your query. If you accept, you will receive commercial communications about our services. You can exercise your rights of access, rectification, deletion and opposition, among others, according to our Privacy Policy.